After years of what I didn’t know was gluten intolerance, and after years of denial that something I loved so much would harm me, I came across William Davis’ MD’s “Wheat Belly” - the book that opened my eyes completely - I went to the freezer and tossed out the already healthy (even organic) sprouted wheat breads and ryes. There wasn’t much left, since I nearly always had a runny nose and phlegm within 24 hours. Clearing my throat was another symptom and once I stopped gluten completely, all sorts of other symptoms went away, too.
I teach a class on optimal gut health and whole grains, the research for which made me even more aware of how wheat, being generally suggested as a complex carb/fiber rich option, plays an important role. Not everyone is sensitive to gluten with actual symptoms, however, gluten is a very strong sticky substance that tends to break down our intestinal lining, potentially leading to leaky gut. The commercial wheat products we buy as bread, cookies, bagels, pasta, pretzels, cakes, crackers, snacks, from pizza to baking our own goodies - as long as they contain gluten, such as wheat, white, rye, barley, bulgur, buckwheat and even ancient grains such as spelt, teff and einkorn, they may be harmful for many of us. Please do your own research, on yourself, ideally.
One particularly powerful and deadly component of modern wheat production over the past 20 plus years is the excessive and harmful use of Roundup or Glyphosate. Since its increased usage in the mid 90s glyphosate has doubled celiac and general gluten sensitivity, as well as leaky gut, auto immune diseases, chronic inflammation and more. Since glyphosate crosses the blood/brain barrier, there has also been an increase in neurological issues. For more on this read You can Fix Your Brain By Dr. Tom O’Bryan with clear outlines of how this happens and what to do about it. I’ve seen the increase in digestive disorders over the years in my practice, and have noticed greater intolerance of US wheat in my own body. Dr. Zach Bush, MD is also an excellent source of the consequences of spraying glyphosate roundup has had on our ecosystem, with data linking cancer, soil erosion and increased autoimmune disease to the herbicide, which is in actuality a water soluble antibiotic.
Gluten free is not all in our heads - it’s been out in the open thanks also to the many mothers whose kids couldn’t handle their morning bagels or home baked muffins. Not the best start to the day by a brain that gets fuddled and tired with so many morning carbs. Even if eating organic wheat in Switzerland does not have this deleterious effect when I eat it, at least not overtly, we know from the new science on gut health that just because we don’t have active symptoms doesn’t mean there is no tearing of the intestinal mucosa. It appears that gluten is really not for everyone and as such wheat was not part of our ancestral diet as nomads. It increases the desire for more once you start eating and so many people have told me, “Oh, I couldn’t give that up, I love bread”.  Since I’ve made the change and am fully aware now that only a little slice is okay, I have listened to my body. I feel so much better.
Today’s wheat and gluten products in the US raise blood sugar levels to alarming levels, disturbing the natural satiety mechanism with an addictive effect on mood and hunger (you want to eat again 1.5 hours after eating it). These super hybridized grains are at the root of digestive disorders, of obesity and together with other ‘man made foods’ represent the intense control the man made food industry exercises over our diets and our health. The more alterations for the sake of convenience and shelf life, fast growing cycles, and grains sprayed with glyphosate to speed up drying for ease of processing and baking time, the poorer the food quality. We literally eat glyphosate, it doesn’t break down, it is highly water soluble and therefore in all foods it touches. And just when you thought you were safe with organically grown grains, think again.
In his book Dr. William Davis describes his own experiments with eating conventional organic wheat versus eating the ancient grain called einkorn - Dr. Davis has a wheat sensitivity.
Day one: Home ground einkorn (an ancient heirloom grain thousands of years old, akin to hard winter wheat) baked into a home made loaf. Take blood sugar prior to eating a slice of this ancient bread. Sugar level before 84 mg/dl - Sugar level after eating a slice of einkorn bread 110 mg/dl - a normal result you can expect when eating carbohydrates. No other ill or after effects from eating this bread.
Day two: Repeat the process with organic whole wheat flour baked into a home made loaf. Sugar level before 84 mg/dl - Sugar level after eating a slice of this bread 167 mg/dl - a near triple increase in blood sugar and a spike of insulin output above the old grains with a deleterious effect on his whole body.

“This bread produced great discomfort, nausea, accompanied by stomach cramps lasting many hours. Sleep was full of discomfort and lots of dreams. Next day aftereffects were “fuzzy thinking and a lack of focus and attention to my work.”

These effects in Dr. Davis’ case, took 1.5 days before his body returned to normal.This example compares to that of many others, whether or not officially diagnosed with IBS, SIBO, IBD or celiac disease. The book contains plenty of science and case studies where wheat flour is implicated as the cause of physical dysfunction. And it goes much further than digestive disorders. There is an addictive quality to eating wheat.
Since first reading this book and following further research on Celiac disease by Dr. Tom O’Bryan in ‘You Can Fix Your Brain’, as well as David Perlmutter’s Grain Brain, my eyes were opened to the scientific proof that tight junctions both in the gut and the brain are responsible for memory loss, mood problems, digestive discomfort, chronic inflammation and information retention. Also see the blog on Your Microbiome.

“Gliadin is digested via stomach acid and pancreatic enzymes to a collection of polypeptides (small proteins) called exorphins, or exogenously-derived morphine-like compounds. The message to take from the research is quite clear: Wheat-derived exorphins bind to the opiate receptors of the brain (the delta class of opiate receptors, for you neuroscience people). Different wheat exorphins, such as the A5 fraction, differ in their binding potency, but as a whole, the wheat exorphins exert an opiate-like effect.”

So, after years of wondering how it is that when I eat bread I want more all the time, the question has finally been answered. It sits on my brain like an addictive power, chemically asking me for more and more of it. It just takes so much more education today than ever before to select foods that nourish us and to find safety in our sources.

Michael Pollan has plenty of good advice for us in his little book “Food Rules”. Whether you bake breads, crumpets, muffins or cookies with today’s flours, the art of baking has been cheated out of its secrets - an inferior, unhealthy imposter raw material has taken its place. No longer is baking with whole grains the art and science it was, secrets of how often flour has to rise to be digestible, handed down from kitchen to kitchen - today’s flour is soft, pliable, sticky and everyone can get a great result.

Unknowingly and innocently, we have bought into the convenience and speed of easy baking. There is no blame - once we know how things work, we might change our minds and find that which is both healthy and delicious.

“It is clear that the D genome of modern Triticum aestivum that, having been the focus of all manner of tampering by plant geneticists, has accumulated substantial change in genetically determined characteristics of gluten proteins. It is also potentially the source for many of the odd health phenomena experienced by consuming humans.”

You can still get the ancient grains - as with other heirloom seeds, we still have access to our heritage in ancient grains and it is good to remember that such wheats were eaten primarily and sparingly in winter when the season was cold and slow.

Beware of Cheerios having the top spot on google’s search on ancient grains. Read carefully, don’t believe everything praised about whole grains, it’s a huge buzzword in the US food market. Michael Pollan always has interesting views and insights on food, including whole grains. History of Einkorn, the Ancient Grain

“Einkorn is an ancient grain, and is known as the oldest variety of “wheat.” Einkorn is also sometimes referred to as “farro” or “farro einkorn.” Einkorn was first cultivated 5,000 to 10,000 years ago. It is classified as a “diploid” because it only has two sets of chromosomes. Modern wheat varieties are classified as “hexaploid,” having six sets of chromosomes, due to a long history of hybridization. Einkorn is thought to have originated in the upper area of the fertile crescent of the Near East (Tigris-Euphrates regions), and is quite probably the main grain recorded in the earliest biblical history.”

For details on the origins of einkorn and a recipes.

Even though this sounds like ‘don’t do it’, eating gluten containing products sparingly is as delicious as ever. There are many local artisan bakers whose work is superior to anything you get from an assembly line. If you bake yourself, check out organic heirloom grains from small mills and help our farmers markets flourish (even if you still have to ask where their food comes from and how it is grown). Find other ancient grain providers and please, let’s support those in our communities who have been baking healthy foods, snacks, cookies, and more.
Gluten free: One caveat on gluten free eating, read labels - the increase in potato and rice, tapioca starches, or guar and other gums do not make for better health. Use nut or other flours. Remember that carbs are transformed into sugars; make sure you are full up on fiber and healthy fats and plant proteins to help your blood sugar stay normal and to help your body fully eliminate all that which turns into waste.
We do know that when our gut is not happy, neither are we!
Next: Women Empowering Women → 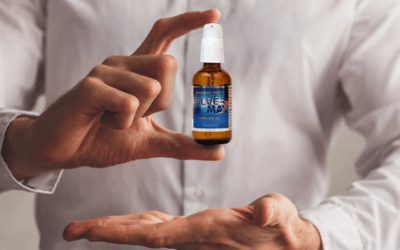 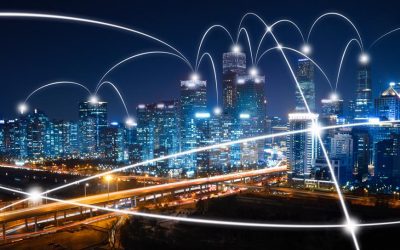 Our widely and amazingly useful technology also has a rather awful downside for human health, the most vulnerable of... 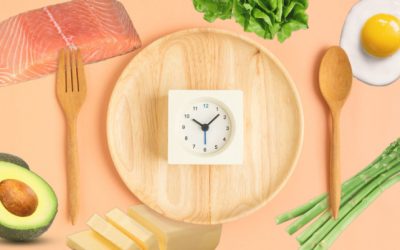