It is important that you be given the up to date research-based data and information for your wellbeing.

Our much loved and amazingly useful technology also has a rather awful downside for human health, the most vulnerable of whom are children. EMR Electromagnetic radiation from Electromagnetic Fields is everywhere. To a small degree, it occurs naturally in our earth’s atmosphere and frequency disturbances but for the most part we’re not affected by their low output.

Now, a powerful increase of personal devices, pagers, cell phones, smart meters, smart household appliances, and the constant, invisible radiation from transformers mounted on every high structure, including apartment buildings and silos are powerfully impacting our health. Cell phones on and near our bodies are the greatest, constant exposure.

Industry standards are not helpful to us, they love their profits more than our health. This is particularly true of the military industrial complex, whose zeal for superior electronic frequency weaponry is now introducing 5G into our lives, across the globe. While you may think it also gives us conveniences, they come with a big price tag. There are thousands of studies that have shown this technology has a wide variety of serious affects on our biology from our nervous system to our reproductive system, our hearts and brains. Please watch the experts discussing this below.

The US Government allows for safety testing of cell phones as much as several millimeters away from the head at which distance radiation is not nearly as intense and damaging as when the phone is held at the head.  For every millimeter held away from the head, radiation decreases by 50%. CNN’s Sanjay Gupta talks to experts on this topic.

Here is a website, with updated science by experts, with recommendations that are simply changes to how we habitually handle our devices. There are more suggestions at the bottom of this post. 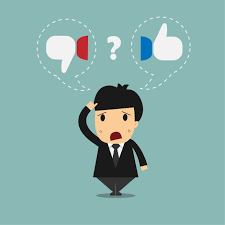 Start here:  do not carry your cell phone in your back pocket, on your body, in your bra, hand, etc. If for some reason you have to carry it on your body, keep it on airplane mode and return calls on speaker phone or text when you are back online - use headphones. NO exposure for children under 6 and very restricted usage for kids, Period. This includes i-pads and baby monitors (keep it 10′ from baby) or any other electronic devices near your bed.

Not everyone has the same level of sensitivity to radiation exposure and it can be subtle. We know  that there is a cumulative effect on usage and exposure that creeps up on us. If suddenly you find you’re not sleeping through the night, are more restless and nervous and find yourself fatigued, what if it’s not just work or relationship stress, what if it’s actually your exposure to EMFs?

Studies since the early days have highlighted the need for caution. A French study found an almost three-fold increase in the incidence of brain cancer in people with more than 900 hours of lifetime cellphone use. Then, in March, [2013] a Swedish study found that the risk of being diagnosed with brain cancer increased by a factor of three in people who’d used cell or cordless phones for at least 25 years.

You see it’s not just your cell phones, it’s the cumulative effect of everything electronic, from your alarm clock in the bedroom, the baby monitors, pagers, microwave ovens, that emit radiation just by being there - unplug them if possible, the hair blow dryer, your cordless phone (the worst offender), your smart fridge, electric cars (sorry but you’re sitting on the battery) and the aforementioned, ever present cell phone- and communications towers on hills, silos and on top of high buildings. Here is clear science on the effects of the cell phones and other devices as well as how to protect ourselves to reduce exposure hazards.

The earth is our home, and spending time in natural open spaces, woodlands, rivers, prairies and mountains are our fountain of sustenance and renewal. Exposed to the intense pressures of electromagnetic radiation on a more or less continuous basis, our nervous system literally becomes heated and our body’s native equilibrium unsettled. Inflammation and chronic conditions rise to the point where some of us are unable to function. 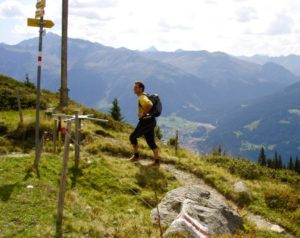 WHAT YOU CAN DO ABOUT IT:

7.83 hertz, the so-called “Schumann resonance,” named after physicist Dr. Winfried Otto Schumann, who  predicted it mathematically in 1952, suggests that the natural electromagnetic patterns of the Earth acts like a tuning fork not just for the biological oscillators of the brain but for all processes of life.  So it becomes a ‘no brainer’ (pun intended) to take note.

“Anyone who uses a cell phone should be aware of the potential problems that can arise.  They should bear in mind that an instrument that is emitting a steady stream of electromagnetic energy is being used close to their brain.  The ear, with the cell phone pressed tightly against it, will receive the first of this radiation, and this is where most problems will begin.” Lloyd Burrell. www.electricsense.com

Never have we been so far from merging with the natural world and so divorced from nature. By 2050, 66% of the world’s population is projected to live in cities. According to a study sponsored by the Environmental Protection Agency, the average American spends 93% of his or her time indoors. Chronic illness and inflammation are emphasized in today’s world, grounding ourselves we return to the natural 7.83 hertz. There is no excuse for those among us who have easy access to hikes, views, woods and natural environments - take your kids, call you friends and get out of the house.

Industry is not honest with us, especially when billions of dollars are at stake. A January 2011 article in Seattle Magazine: Ms. Ishisaka writes: “Thus was launched an epic battle over research and truth. If Lai and Singh were correct about the potential impact on brain cells from radio-frequency radiation, there could be billions of dollars on the line for the cell phone industry in potential liability, leading to significant design changes and lost market expansion.”

The Wireless Radiation Industry, empowered by the US government, uses subversive neuroscience to keep millions of Americans desperately addicted to wireless devices and apps. See how and why they do it on the 60 Minutes episode of April 9, 2017, called “Brain Hacking.”

In other words, create a terrain, that disturbs our nervous system and natural immunity, and the consequence is the unbridled growth of aberrant cells. My friend recently asked: “What can I do about these different symptoms I am feeling? I think I am spending too much time on my cell and at the computer. They go away when I’m away from all electronics.” She’s a web-developer, reducing usage is not really an option for her. Her request was the impetus to write this article, please scroll down for suggestions.

Not everyone has the same level of sensitivity to this exposure. For some there is no noticeable change. What we do know is that there is a cumulative effect on usage and exposure that creeps up on us. If suddenly you find you’re not sleeping through the night, or have a hard time falling asleep, you may benefit from turning off all wifi and devices two hours prior to bed time.

Scientific American describes an Australian sleep study: “These brainwaves [delta waves] are the most reliable and sensitive marker of stage two sleep—approximately 50 percent of total sleep consists of this stage—and the subjects remained awake twice as long after the phone transmitting in talk mode was shut off. Although the test subjects had been sleep-deprived the night before, they could not fall asleep for nearly one hour after the phone had been operating without their knowledge.”  We’ve not even touched on the blue light effect that impacts brain resonance and disturbs our sleep cycles and natural circadian rhythms.

Studies since have highlighted the need for caution. A French study foundan almost three-fold increase in the incidence of brain cancer in people with more than 900 hours of lifetime cellphone use. Then, in March, [2013] a Swedish study found that the risk of being diagnosed with brain cancer increased by a factor of three in people who’d used cell or cordless phones for at least 25 years.

“One of the most spectacular findings to come out of these studies is that EMF exposure of the type emitted by cell phones cause blood brain barrier damage.” Dr. G. Carlos.

Dr. George Carlos has lectured widely on the dangers of excessive exposure to cell phones, cell towers, power lines and who was originally hired by Cell phone manufacturers to determine if there was in fact danger. After 7 years he found that yes, there definitely was negative impact. His 5-part detailed presentation on you tube is an eye opener for all who want to go deeper into the topic.

“The common element in all these radiations is the disruption of intercellular communication” and “One of the most spectacular findings to come out of these studies is that EMF exposure of the type emitted by cell phones cause blood brain barrier damage.” Dr. G. Carlos.

Dr. Ann Gittleson, a foremost health advocate, has some interesting comments about how EMFs affect Thyroid function and our health in general. Her book Zapped is a good read.

Start slow with countermeasure and build on your own experience, test drive how you feel and how much better you may feel after making the changes.